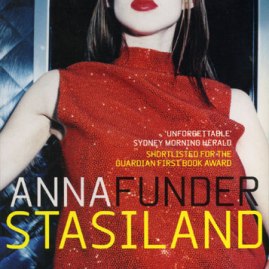 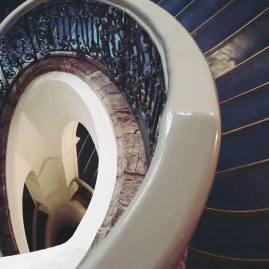 The moment’s come – I have had to (reluctantly) switch my tourist hat for my academic hat. Sadly, the scholarship gods are not paying me to wander about tilting my phone camera at walls, cultivating masterpieces for the Instagram account I refuse to sign up for. As fun and pretentious as that is.

No, I’m here to work. To research German feminism, and the political history of the GDR, so that I can present it with respect and precision in my thesis novel. It was only after I arrived here that it occurred to me how vague that intention was; I’d jotted down a list of relevant museums, and I’d made plans to present my research in my supervisor’s class, but the other three and a half weeks ahead of me were, and still mostly are, white calendar spaces.

My ignorant vision of the European experience was of long days, city crawls and borderline-inappropriate amounts of people-watching. What a surprise – I have days more or less the same length as before, and those days still have hours, and those hours still have minutes. And I can’t fill those minutes with vague backpacker romanticism. I have to make to-do lists.

I paid almost two and a half thousand dollars to get here – time is fucking precious, you understand.

I had lunch with my supervisor on Wednesday, who is aesthetically the most beautiful person I have ever seen. I was nervous. I’d spent the entire previous afternoon trying to remind myself what I’d written in my thesis proposal, rehearsing a few impressive lines, desperate to create a good first impression. But once I’d met her, that all seemed silly. We sat outside the cafeteria, under a sky with a lump in its throat, and we talked about time travel until the clouds burst. Her background is in natural philosophy so she isn’t an enormous expert on my topic, but she knows a handful of relevant people, and I have their email addresses.

If only my email would work on my laptop, and I could stop rushing to McDonalds every morning for a half-hour Wi-Fi emailathon on my phone. Then I could introduce some class to the situation. But I guess we can’t have everything.

Yesterday I also presented my thesis in my supervisor’s class – a document I’d sent over beforehand, and an introductory presentation I was yet to write. I thought I’d be okay with a casual five minutes. She asked for fifteen. I spent most of the day typing and retyping, deleting, pouring out all the words I knew.

And then, halfway through a sentence, I had a Crisis.

I was writing about the GDR like I was about to present to a class at Flinders.

But I wasn’t presenting to Australians this time.

I was presenting to Germans. About Germany.

How was I supposed to lead a discussion in a room where I had the least standing of anyone? It’s like giving a lecture to fish about how the ocean works. Yes, hello, I’m here from a country not even attached to your continent, to talk to you about what life was like for your parents.

It’s something I think I will always struggle with, as I imagine most writers do when writing about other countries – the fear of cultural appropriation, of pretending to know about a culture and a history that isn’t yours. Cultural imposter syndrome, you could call it. I caught a pretty bad case of it while writing about China last year. And on a significantly smaller level, I got it at the beginning of my PhD. So many intelligent, self-assured people! Everywhere! I don’t belong here!

Okay, so uni-induced imposter syndrome isn’t the same thing at all. Besides, Stephen Fry talks about feeling it in his first days at Cambridge, and we all know Stephen Fry deserved to be at Cambridge, so the whole thing is debunked anyway.

But cultural appropriation is a serious issue. It’s in the media constantly, in discussions about using words like “on fleek” and “bae” as a white person, and how you should never, ever dress as a geisha or a Native American for Halloween. Do not.

Some years ago, the Australian writer Anna Funder wrote a creative nonfiction book called Stasiland, in which she conducts interviews with Germans who lived through the GDR. This is the book that triggered my fascination with East Germany in the first place. It’s Germany through the lens of an Australian. Funder is constantly aware of her imposter syndrome, and conducts these interviews with immense respect, and a desire to learn.

So yes, it’s a precarious boat I am in. But I’m in this boat with Anna Funder. And Anna Funder is my hero. So I’m okay.

And here’s the thing –it was okay. It was more than okay. Not one person questioned my right to be investigating their culture. Quite the opposite – at the end of the class, a number of students offered to put me in touch with family members who had lived through the GDR regime. There is now the possibility of conducting interviews – first-hand accounts of what it was like under Mielke, Honecker, the Stasi, and the Wall. Of what it was like as a woman, legally equal to men but socially much the same as before.

This is so, so much more than okay.